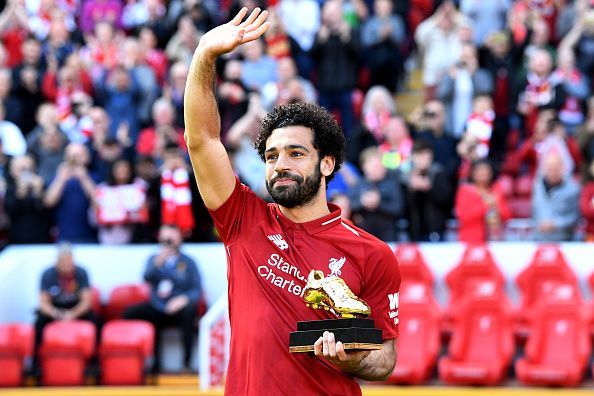 The Indian Super League, one of the most successful leagues in India is right around the corner. Every year the league reveals new and improving talents across different teams. The competition is filled with emerging players and experienced ones, whether it is defending, playmaking from midfield or striking the ball in the back of the net with skilled strikers.

ISL  awards Golden Boot to the strikers with most goals. While last season, Ferran Corominas of FC Goa was awarded the prestigious award, season six will present an even more stiff competition with the standard of league growing every season. Here is a list of top five players who can win the Golden Boot in ISL 2019 :

NorthEast United signed Asamoah as their star striker for this season. The Ghana international is their all-time top scorer. Asamoah holds the World Cup finals record of for scoring the most number of  goals by an African player.

The 33–year old Asamoah is a huge addition to the NorthEast squad. He is in good shape and the goal against the Indian national team in the pre-season is a recent example of that. NorthEast will have hopes for Asamoah to settle down in the team and gel with players and system as quickly as possible. Although many star players fail to shine in the league, Asamoah looks like he can prove himself.

It is not a surprise to see Ferran’s name on this list. The Spanish player has won two consecutive Golden Boots with FC Goa. He had an amazing season of 2017-18, where he scored 18 goals in 20 games, that is a scoring rate of  0.9 per game. The following season saw the Spaniard score 16 goals in 20 games which is a 0.8 goal rate per game. The impressive statistics of Ferran is undoubtedly a testament to his success as a striker.

Coro can be a great threat going forward and use his incredible talented teammates like Edu Bedia, Ahmed Jahouh and Hugo Boumous. He will be looking to get his third Golden Boot this season with the help of his amazing team and great synergy between them.

Check out the ISL Points table at Sportskeeda.com.

The captain of the Indian football team and one of the best players India has produced in football. Chhetri is the face of football in India, he has scored 72 goals for the country and is also the second-highest scorer of all-time in the ISL.

The 35-year old Chhetri plays for Bengaluru FC. With the departure of Miku from the squad, Chhetri will be the lone threat going forward. The Indian skipper will have a massive responsibility to convert chances into goals and to lead the team to victory. It is expected from an experienced player like Chhetri to deliver and win the golden boot.

Kerala has struggled with their goals in the past season but with the addition of Ogbeche, the team will expect to perform much better, especially in the goals department.

The list of top contenders for the Golden Boot wouldn’t be complete without the inclusion of Roy Krishna. The Fijian striker will hopefully be the answer to Atlético de Kolkata’s poor league performance. Krishna has come from Australia’s top A-League. He was a sensation in the last season, scoring 19 goals in 27 matches.

It will be interesting to see Krishna’s contribution to the ATK side. A lot of expectations will be upon his shoulder to deliver in the opponent’s third half.